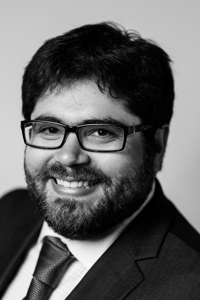 In 2005, Liova was a founding member of Musicabierta, a seminal collective of Dominican composers and musicians dedicated to presenting and generating new interest in contemporary music; the group's sponsorship from the Dominican Ministry of Culture led to premieres of several of his works. In the 2015/16 season, Liova held the position of Composer in Residence for the Orquesta Sinfónica Nacional Juvenil of the Dominican Republic, and he maintains close links with the compositional and educational activities in the Dominican Republic.

Since 2005, Liova has taught a variety of musical subjects in teaching positions in both the Dominican Republic and Canada. He spent several years as a teacher and music department head at the Dominican American School (Dominican-American Cultural Institute), during which time he was an instructor for Orff and Kodàly classes, orchestra, band, choir, music theory and history. He has also taught song-writing and music appreciation, and his teaching in various areas has covered a wide variety of musical styles, genres, and time periods. At present he is on faculty at the Victoria Conservatory of Music (theory/composition), and is a member of the Post-Secondary Faculty for the Victoria Conservatory of Music/Camosun College Music Diploma Program (Tonal Harmony and Counterpoint).

Liova has been a guest lecturer at The Organization of American States (Washington, D.C.), and he will be a joint presenter with musicologist Iain S. Gillis at the 23rd International Kodály Society Symposium "Singing the Circle/Cycle du chant" ('Deep comprehension of the spirit': exploring the Dominican quintuplet at different structural levels in the music of Dominican-Canadian composer Liova Bueno).

Liova is an Associate Composer with the Canadian Music Centre, and has been cited as one of the present Dominican-born generation's significant contributors to both composition and music education (Music Education in the Caribbean and Latin America: A Comprehensive Guide; ed. Raymond Torres-Santos: 2017).

Recent premieres of Liova's works have taken place in Canada, the United States, and the Dominican Republic; upcoming engagements and premieres of works by Liova will take place in Canada, the United States, Latin America and Spain. Current projects include Homaggio a Choralis Constantinus (arr. tenor and piano), Danzas Sinfónicas (a set of orchestral dances) a concerto for guitar, and a song cycle for baritone and mezzo voices.

Liova is based in Victoria, B.C., Canada.